Have you ever thought - if I remodeled...will I get any return on the improvements? We all know that one of the most important is, are you going to stay in the home long enough to enjoy it? If the answer is yes - than it does make a huge difference! the answer depends on the project. As we have heard over the years, that if you do to kitchen and baths that it has the most payback. Many times that is so true because those tend to be very important rooms in the house!

In the 2017 Cost vs Value Report that came out in the Remodeling Magazine, it shows in regional sections of the country, 35 different remodeling projects what the projected costs are along with the potential resale value and cost percentage that could be recouped from the upgrade. It was interesting data that came from it!

Download the FREE report specific to our Kansas City metro area. Just fill out the form above in the blue box to get the cost vs value report! It will be on it's way to you! 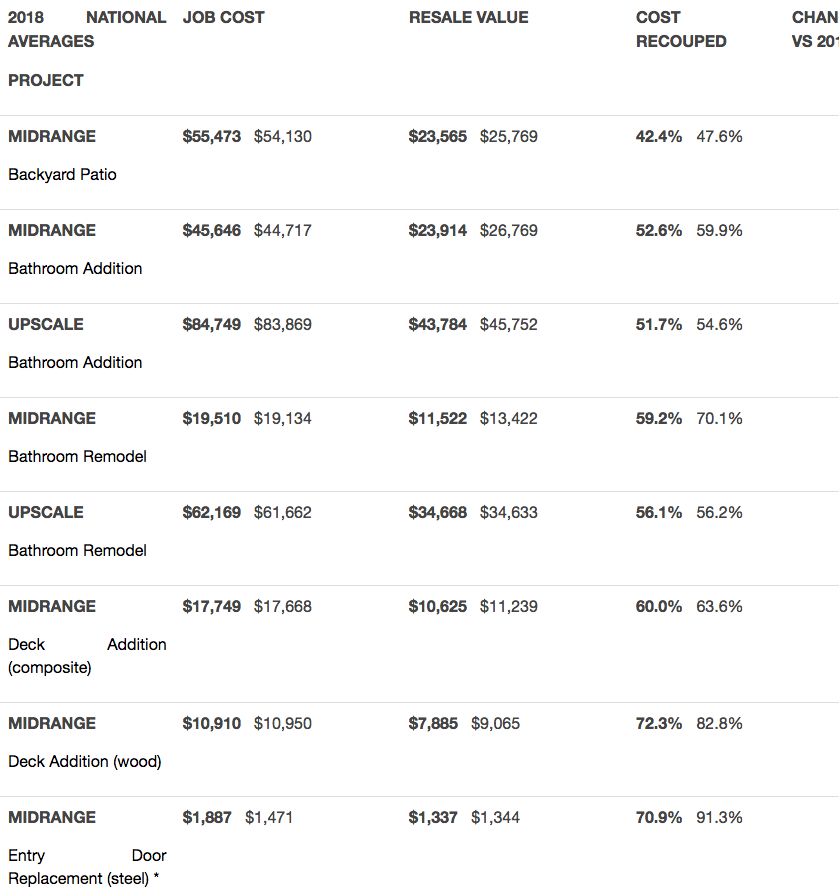